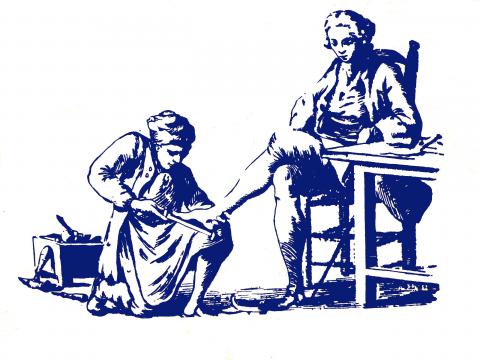 Based on available and reliable data the foot measurement survey made in India in 1999 led to a very important conclusion: the proportion (i.e. shape) of feet of the local population differs considerably from what is built in European and North-American shoe lasts. The main reason is the ethnic (anthropologic) difference between European and American people, but the fact that the overwhelming majority of the Indian population wears open type of footwear (sandals, chappels, slippers etc.) or nothing must have its impact as well. Although substantial differences have been identified between geographic regions of the country it is quite apparent that

Indian feet are flatter, i.e. their forepart - especially around the ball and waist part - are wider and lower than in

case of European feet. Indian feet have shorter forepart: the distance of ball points from the heel part is relatively larger than that of European feet. The consequences are that footwear made on European shoe lasts do not really fit on Indian feet (i.e. they are not comfortable) and wear off quickly. Further distinction should be between different regions of the country. All this means that specially designed shoe lasts should be used for footwear produced for domestic sale in India.