UNIDO has prepared and published over one hundred publications, papers, manuals and guidelines, primarily aimed at technical experts and policy makers in developing countries, though many are used by sector-related institutions and development organizations elsewhere.

The website www.leatherpanel.org is intended to provide an easy access to information sources on the leather, footwear and leather products industry, as well as to UNIDO publications related to the leather sector in one place, including earlier publications that were previously only available in hard copy. 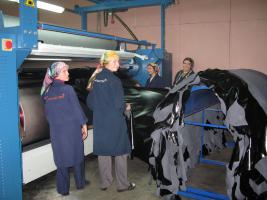 The essential part of any tannery waste audit is assessing the efficiency of existing operations carried out during the leather manufacturing process. Typically, tannery staff have a good idea of, and comparatively accurate figures on the waste resulting from specific operations such as fleshing, splitting, trimming or chrome tanning. Only rarely, however, they have a proper overview of the entire range of waste generated. Thus, when considering various cleaner technologies or waste treatment systems, having access to a complete computation of the overall mass balance certainly makes it easier for a tanner facing arduous choices. Dialogue with environmental authorities is also simpler if such figures are readily available. This paper attempts to provide a comprehensive computation of a mass balance and the efficiency of the leather manufacturing process for a tannery, seen as a closed entity. The calculations are deliberately based on operations in a hypothetical tannery processing bovine hides and producing upper leather for shoes. With minor exceptions (batch washing instead of continuous rinsing, splitting in lime, roller coating), it follows the conventional process. 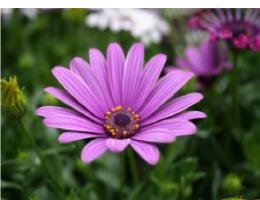 Presented publications documents UNIDO's involvement in promoting Eco-Labelling in the leather industry. Life-cycle assessments or the evaluation of the potential environmental impact of a product system from cradle to grave are fundamental features of some ecolabelling schemes and environmental management systems. Nowadays rhe environmental auditing protocol and reporting mechanism developed and maintained by the Leather Working Group aims to tackle important topical issues, and reflect improvements or changes of technology within the sector. 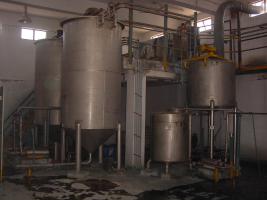 The Technology package "A System for Recovery and Reuse of Chromium From Spent Tanning Liquor Using Magnesium Oxide and Sulphuric Acid" provides practical overview of the chrome recovery process including equipment specification.

Solidification and Stabilisation of Tannery Sludge 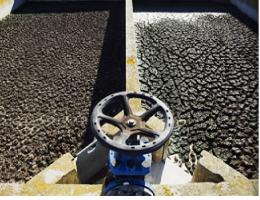 Utilization and/or safe disposal of sludges generated in the course of effluent treatment still represents a great challenge; worldwide many methods have been explored and proposed. This report describes the attempt made under UNIDO Regional Programme in South-East Asia to test another path. The idea was to convert the hazardous tannery sludge  into an inert, physically stable mass, with very low leachability and sufficient strength to allow making building materials like nonfired bricks for fencing or for landfilling or land reclamation. Solidification  (cementation) was achieved by mixing the sludge with various materials to form a solid product hoping that immobilisation/chemical stabilisation) will also be achieved.

Drafts Checklists for Contractual Agreements in the Footwear Sector 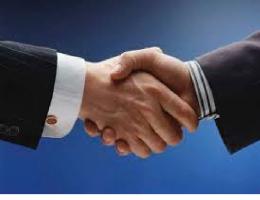 this paper shows development and globalization in the leather sector. With increased international co-operation between developed and developing countries the Second Consultation on the Leather and Leather Products Industry (Cologne/Germany; 1980) recommended to prepare Check list for contractual agreements.

Objective of the Checklist was to provide the managers of footwear companies in developing countries a useful tool for making use of international co-operation in the development of their industry.

Drafts Checklists for Contractual Agreements in the Footwear Sector

World-Wide Study of the Leather and Leather Products Industry (1979) 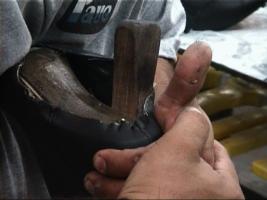 These world-wide studies prepared quite some time ago by leading professionals to facilitate the work of UNIDO Leather Panel are still quite interesting. Some of the logic might be useful for making projections for the future of leather-based industry globally.

Selection of Equipment for Laboratories Monitoring Pollution in the Tanning Industry 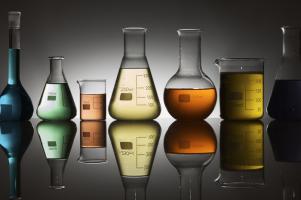 Reliable on- and/or off-line monitoring is essential for ensuring good performance of any effluent treatment plant; specific analysis are conducted either within the existing tannery process and quality control laboratory or (in the case of larger plants and certainly Common Efflent Treatment Plants, CETPs) in speicialized laboratories.

This manual (originally prepared in French and tranlated into English, Chinese and Spanish) provides a rather detailed overview of analysis, methods and equipment needed to conduct the main (C)ETP peformance tests. Suggestions about the type and frequencies of analysis are also given. Given the fact that the manual was prepared in 1994 it is highly recommendable to get acquainted with changes in procedures and equipment that took place since then.

Selection of Equipment for Laboratories Monitoring Pollution in the Tanning Industry 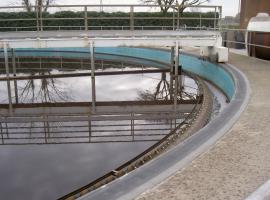 Grading of hides and skins by quality 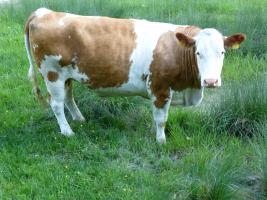 Improvement of hides and skins quality can be achieved only if quality grading norms are applied. The primary producer, as well as the whole chain of related services, including flaying, curing, handling and storing, should be rewarded by better prices for improved quality. The main purpose of this paper prepared in 1991 was therefore to provide a basis for such a quality grading.

Grading of hides and skins by quality (English)

Grading of hides and skins by quality (French)

Grading of hides and skins by quality (Spanish)

Eastern and Southern African Hides and Skins of domestic Bovine, Ovine and Caprine (1993)

The Footwear and Leather Goods Sector in Italy - "Italian Model" 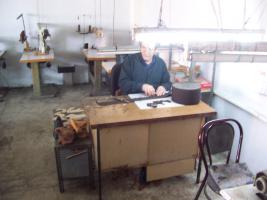 This paper elaborates some reasons behind the success of the leather-footwear sector in Italy, also to see how and if the "Italian recipe" can be successfully exported to other Countries.

To this end, this survey breaks down into three main sections:

a) the first part will aim at setting the Italian leather-footwear system against the more general national industrial system. In fact, some elements (the prominence of small and medium companies, its “district” nature) in general are the resources of the Italian system;

b) the second part deals more specifically with the structure of the leather-footwear system in particular, its present situation, its main points of strength and weakness, and anticipating its lines of development;

c) the third part, finally, includes some considerations about the possibility of exporting the Italian model to other countries.

THE FOOTWEAR AND LEATHER GOODS SECTOR IN ITALY - Italian Model